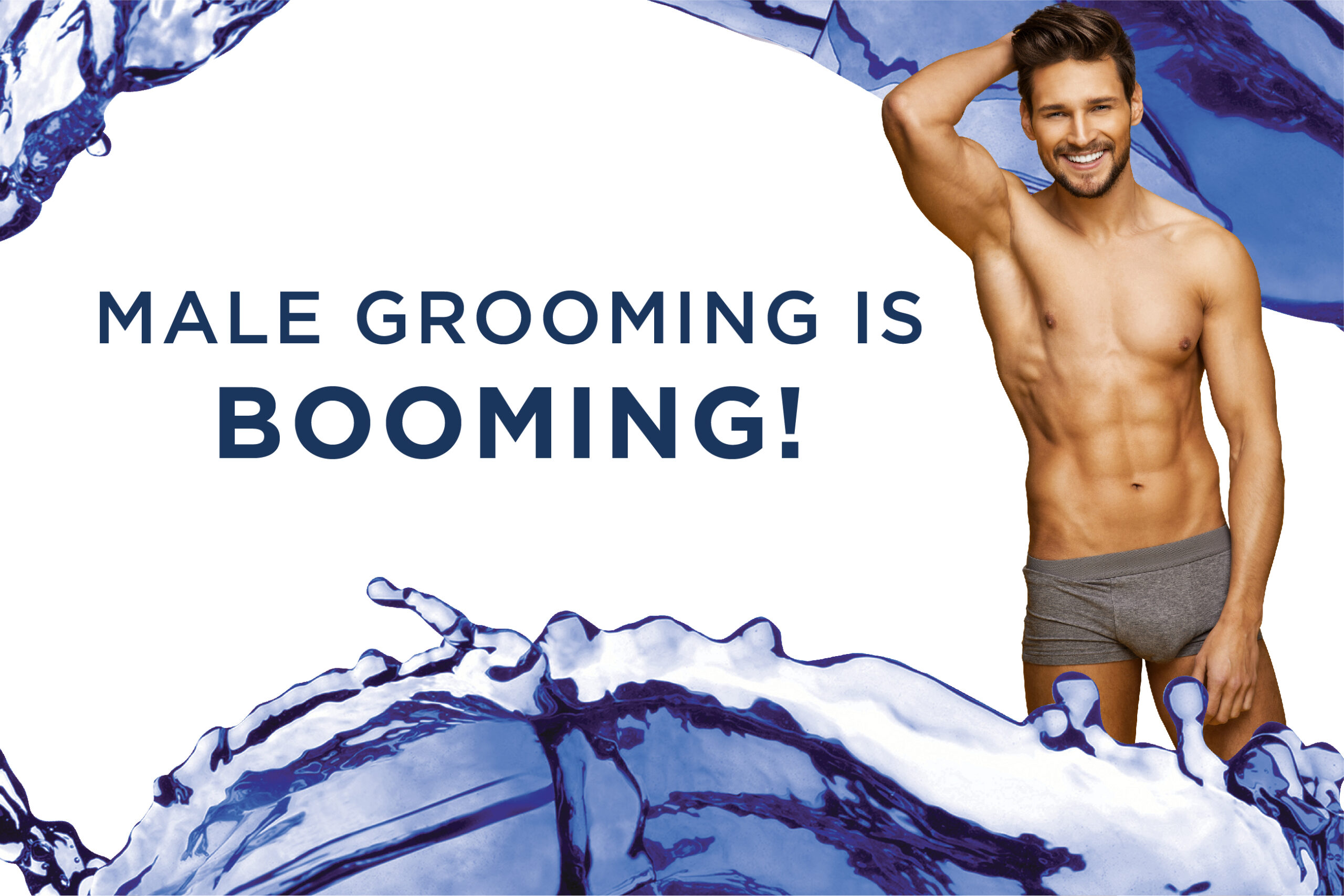 It has been ingrained in mainstream society for years that men with body hair are to be viewed as more ‘manly’ or ‘masculine’. Due to modern influences, the stigma around male grooming has started to change. The media’s influence on male grooming has become more common and men are starting to look to the media as inspiration for their own body image. As such, there has been an increase in celebrity endorsements for male waxing and grooming, with grooming advertisements targeted at men becoming increasingly more common. Simultaneously, influencers on social media have set to normalise male grooming, in turn making men feel more confident in emulating a ‘groomed’ look.

With increased exposure, the average male consumer is much more comfortable going to the salon and asking for waxing treatments or purchasing male grooming products without feeling intimidated or overwhelmed. This has been propelled further by the occurrence of COVID-19, which perpetuated the self-care movement. A huge cultural shift positively transformed public perception and reaction to male self-care. Men have become more aware they can partake in self-care and grooming, ultimately increasing their own confidence and self-love.  As the number of men getting waxed increases, the stigma around male grooming decreases, encouraging others to partake and realise the benefits of getting waxed.

Exfoliates the skin
The process of waxing not only removes hair, but also removes dead skin cells, helping your body’s natural collagen production. Therefore, waxing is the best form of exfoliation, resulting in the skin feeling soft, smooth and fresh.

Minimises ingrown hairs
Shaving is the process of cutting hair at skin level. In some cases, hair may get trapped beneath the skin and cause ingrown hairs, which can lead to infection and inflammation. Unlike shaving, waxing removes the hair from the root. As such, hair grows back thinner and finer, lessening the development of ingrown hairs.

Waxing lasts longer
When hairs are waxed off, the pulling out of the hairs can result in microscopic injuries at the base of follicles. These are very small tears and a desirable side effect of waxing, as those tears become microscopic scars, that in turn create a thinner softer, weaker hair regrowth with much less hair growing back. In time, with regular waxing, more and more hairs will not grow back, resulting in hairless patches, or minimal hair regrowth.

Better Hygiene
Many men struggle with body odour, which is mainly due to body hair, as it naturally traps sweat, odour and moisture that can lead to unpleasant smells and bacteria build up. Waxing naturally diminishes body odour, because when hairs are removed, there is nothing for the moisture to linger on, therefore minimising bacterial activity.

More pronounced muscle definition
Male waxing is burgeoning amongst athletes, especially swimmers, as it can improve their performance and makes drying off after a swim much easier. As such, body waxing is especially popular for fitness enthusiasts and body builders as it creates more pronounced muscle definition. Thus, resulting in feeling more comfortable and confident in their own skin.

Male waxing and grooming are on the rise for various reasons, but overall, it results in men feeling better, cleaner and more confident. Over time, waxing becomes less painful as the hair grows back thinner, with fewer subsequent waxing treatments required as hair regrowth slows down and diminishes.